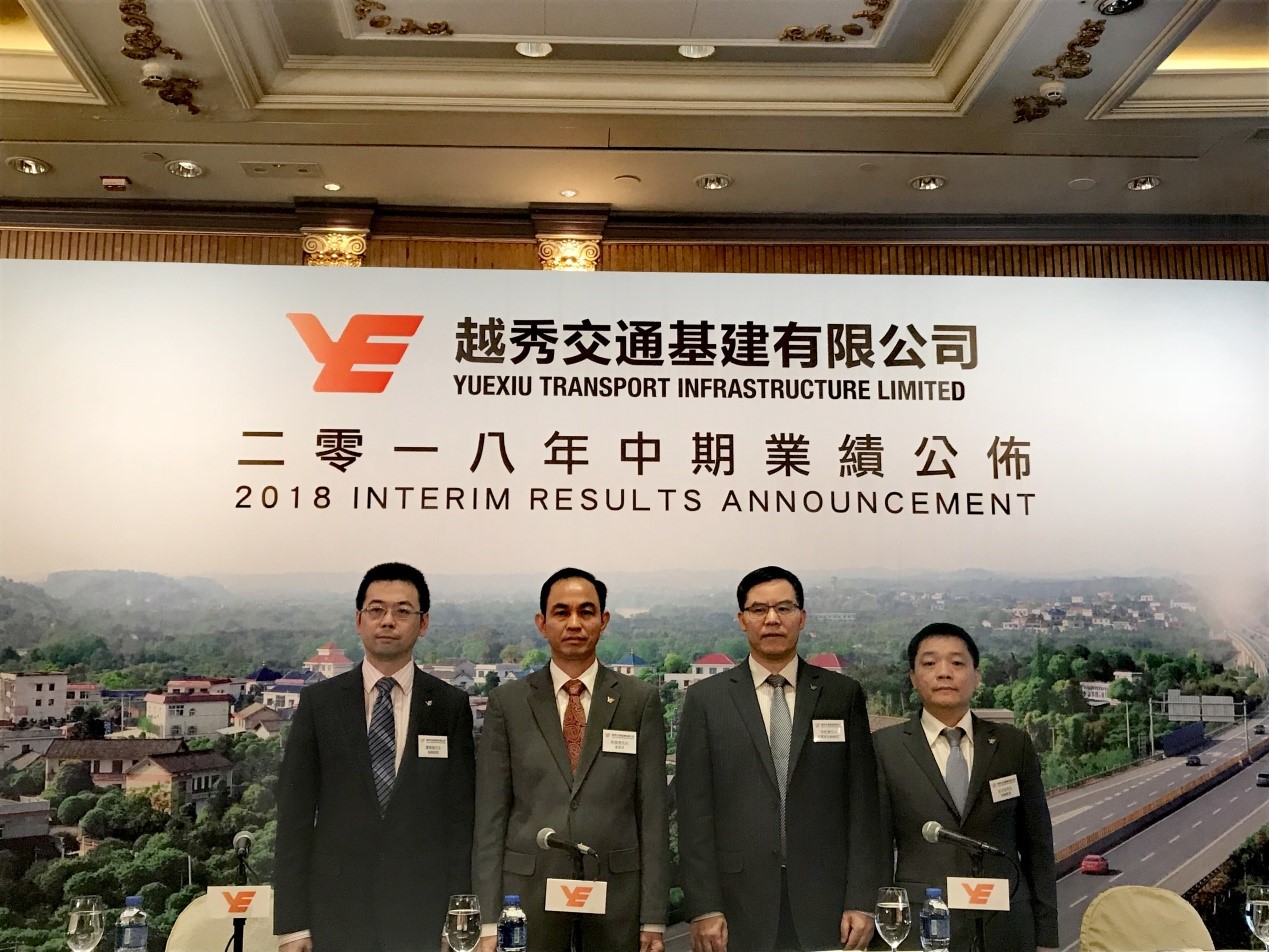 Yuexiu Transport Infrastructure Limited (1052) announced the annual result for last year. For the year, the group recorded a revenue of RMB 2.847 billion, representing a year-on-year increase of 5.3%. Net profit went up 11.2% to RMB 1.054 million, reaching a highest record in terms of operation performance. The earnings per share was RMB 0.63 and the final dividend for last year was HKD 0.24. The total dividend for the year was HKD 0.39, representing an annual dividend payout ratio of 53.6%.

In terms of development strategies, the company said the Guangdong, Hong Kong and Macao Greater Bay Area plan will be released soon, with a strong emphasis on the construction of an international technology and innovation centre, as well as an interconnection of infrastructure in Guangdong, Hong Kong and Macao. In this regard, the ‘rise of the central region’ and ‘greater bay area’ will be the two regional strategies taken into account during the course of the company's expansion. The company will focus on the business development of expressways and bridges, promote mergers and acquisitions of quality projects, enhancing asset scale and profitability.