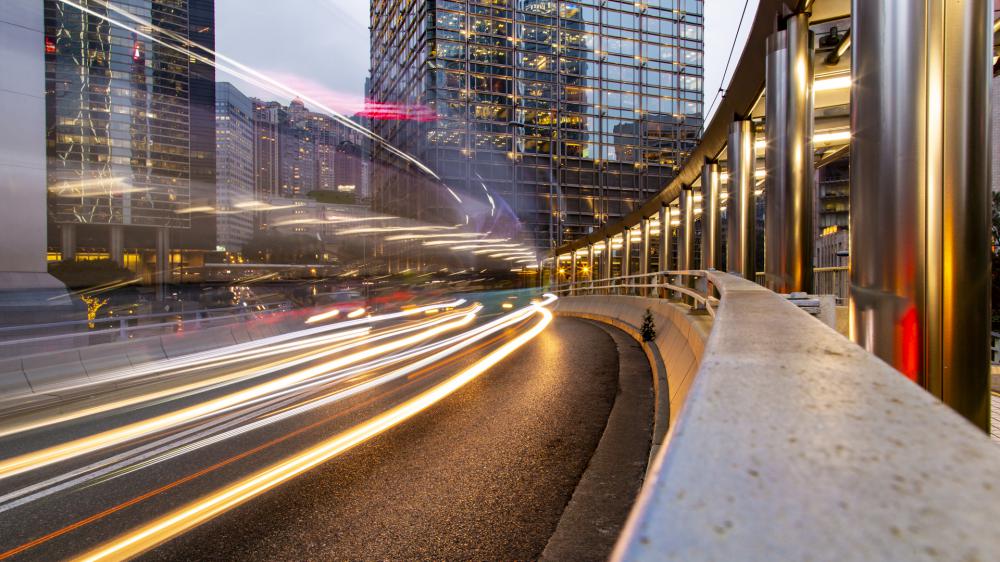 Apart from the initial public offering of new shares, many businesses do have the practice of utilising listing platforms to raise funds after listing. There are two ways to do this: rights issue and shares allotment. Due to the fact that rights issue offers more modes and variations and as a result is much abused in order to dilute minority shareholders’ rights and interests, investors tend to quietly observe market happenings. In addition, response to rights issue becomes relatively mixed and uneven.

Having observed 32 listed companies’ capital raising through rights issue last year, it is found that 20 have reached resolutions for their rights issue, of which only 5 companies achieved sufficient or over subscription. The company whose rights issue plan was most favoured by investors was Xinyi Automobile Glass Hong Kong (08328), which offered a 2-to-1 rights issue scheme last March to raise 0.199 billion for the building of a battery production line. The scheme resulted in an 8-times over-subscription.

Of the remaining 15 companies, however, 3 announced at last termination of their rights issue schemes. 12 recorded under-subscription. Munsun Capital (1194) had the lowest subscription. The company announced last June a 1:6 large proportion rights issue scheme to raise 1.1 billion for loan repayment. Nevertheless, the scheme only resulted in 18% of shares being subscribed. It is important to note that before offering the scheme, the company had a debt ratio of only 37%, and its cash holding at hand was 0.754 billion. In addition, the company’s latest 10-largest holding proportion was near 80%, reaching 79.28%.

From the perspective of usage for the capital raised, 10 (31%) of the 32 listed companies offering rights issue schemes would use the fund to repay debts and as operating capital. Those that would use the fund for acquisitions but without a fixed target even reached 40% (13 companies), among them only GT Group Holdings (263) had a higher debt ratio, which was over 190%.

From the perspective of shares concentration, the 10-largest holdings proportion of 13 (40%) of the 32 companies were over 80%. Hao Tian International Construction Investment Group (1341) had the most outrageous proportion of 93.54% It was followed by Southwest Securities International (812), whose proportion also reached 90.7%. 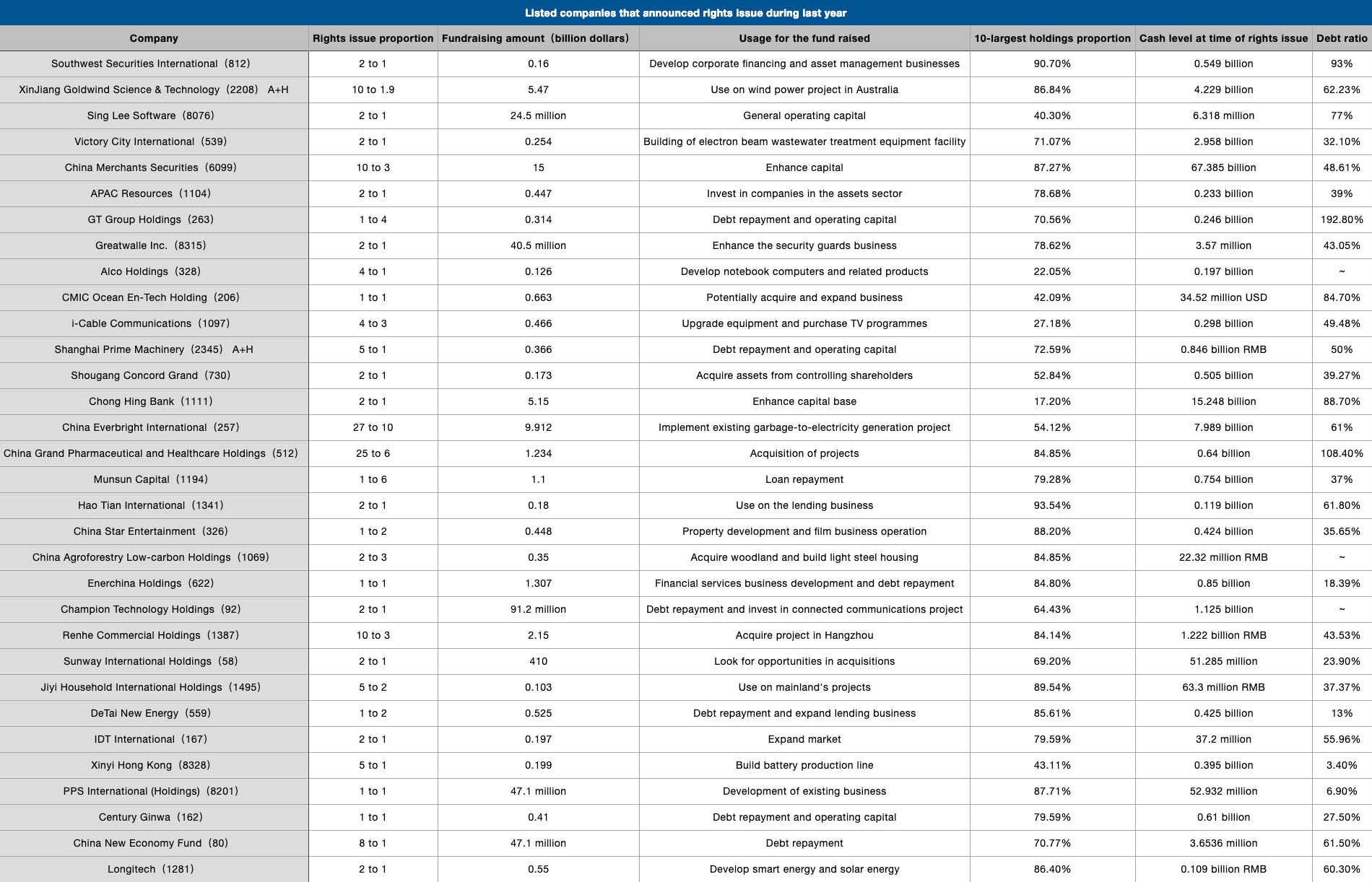