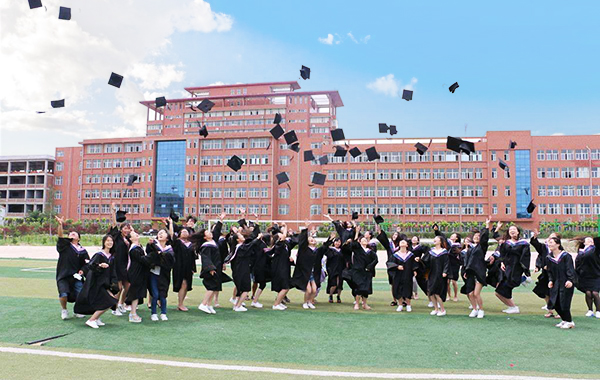 China New Higher Education (2001) clarified the negative allegations in the report published by Empty City Research. In terms of the allegation of spending huge amount of commission to recruit students, the company confirms that such allegations against Guizhou school and Yunnan school are untrue, and they have never paid commissions to recruit student. In strict accordance with the requirements of the competent educational authorities, the company carried out its recruitment work in accordance with the laws and regulations, and received recognition from the competent education authorities. For Guizhou school which is being severely accused in the report, the minimum admission scores of the school announced by the Examination and Admission Authority of Guizhou Province are higher than the control line of Guizhou Province. As such, the group had no need to spend a huge amount of commission to recruit students, and its ratio of selling expense to revenue is in line with the industry standards.

As of the allegation of poor education quality and low quality and low student-teacher ratio. The company has obtained the permit for operating a private school for all of its schools and such permit is subject to annual review. In terms of teacher-student ratio, all of its school submitted such ratio to the local authorities on an annual basis and has never been subject to administrative punishment. In 2018, the student-teacher ratio for each of Yunnan school and Guizhou school was less than 20.

Empty City Research published a short-selling report yesterday, listing four allegations, including concealing commissions through off-balance sheet payment. It is estimated that the enrollment commission for 2017 will reach 51 million, and New Higher Education has not disclosed the relevant costs in the listing documents; the company charges a service fee of RMB 43.8 million and confirms the income from the northeast school with a service agreement that does not have commercial substance, generating a profit of RMB 43.8 million out of thin air; the basic conditions for running the school are unqualified, and the quality of teaching is not up to standard, which means the proportion of teacher and students reached 26 to 1, violating the requirements of the Ministry of Education by 18 to 1, and also higher than the national level of 17 to 1. The student evaluation was low, and the packaging was sub-filled.

The team of fraud investigators pointed out that there are major defects in the company's internal control, the financial statement has very low credibility, and it is conservatively paying a 20% discount on its declared profits. According to the industry average price-earnings ratio of 18 times, the new high education share price is estimated at HK$1.62 . There is a 68% downside.