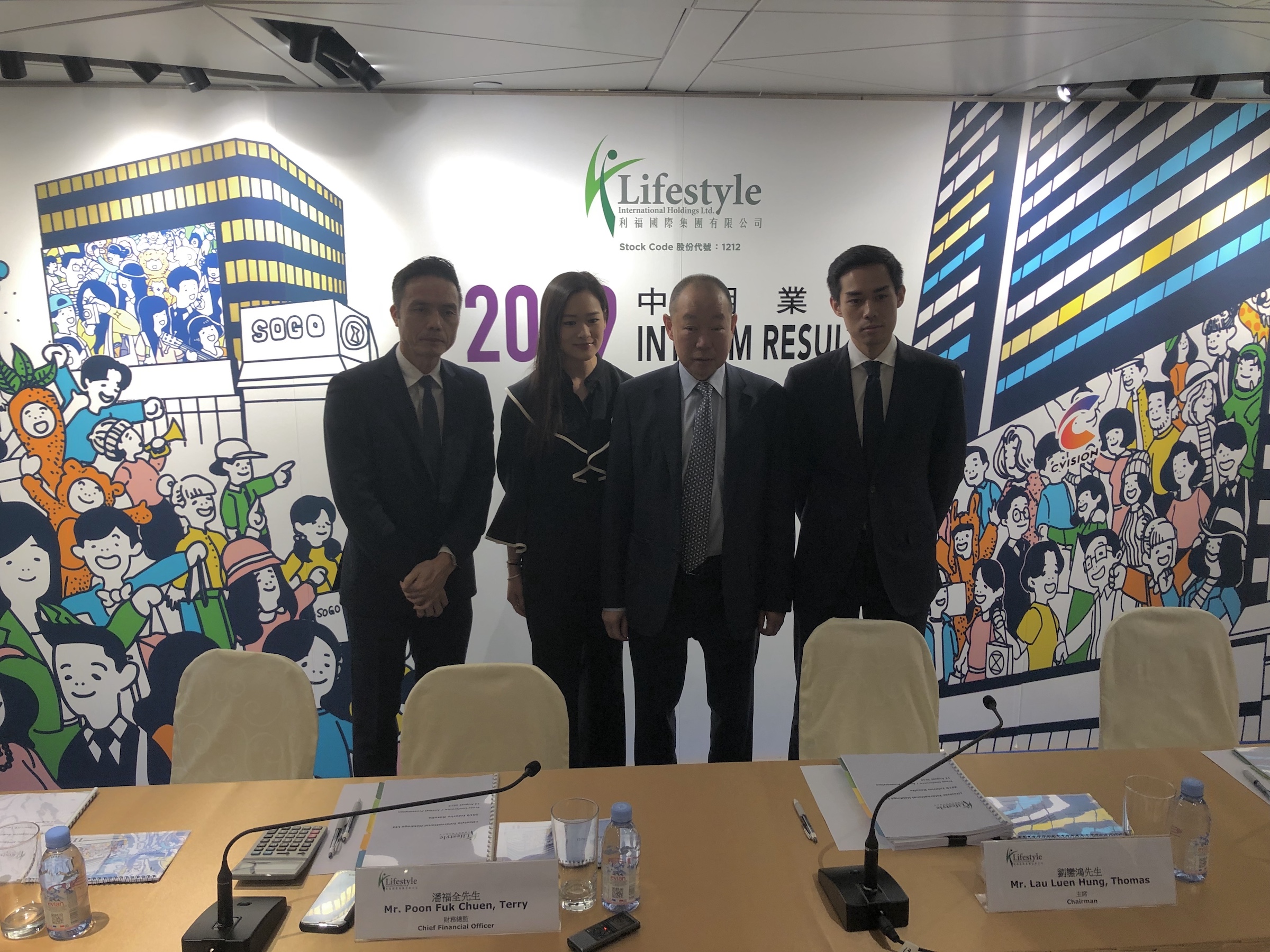 Lifestyle International (1212), operator of the two SOGO Department stores in Hong Kong, announced its interim results. Thomas Lau Luen Hung, Chairman of the company, said at the press conference that the impact of the large-scale demonstrations started in June on retail sales began to surface, predicted that the performance in July was worse than June while August being even worse. For the performance in the second half of the year, he did not give any estimates, but believed that the extent of the decline depends on when political events will subside. Not only, he added, are there external factors that affect retail performance, but consumer sentiment has also been affected. Terry Poon Fun Chuen, Chief Financial Officer, revealed that the company recorded a double-digit decline in same-store sales in July.

Lau continued that the trade war definitely affected the economy in Hong Kong. While the impact on some industries such as exports tends to be greater, the influence on other industries may not be too great. While the depreciation of the RMB has an impact on retail performance, the company has already made relevant estimates as early as in the beginning of the year, as the effect was gradually emerging. He believed that the industry will adjust its business strategy on its own. However, the impact of the recent demonstrations has been urgent all-rounded, bringing greater effects than the factors mentioned above would induce. He also pointed out that the current situation is more serious than 2003 SARS incidents.

As for if there is any advice for the government, Lau believes "political issues could only be settled politically", and as a businessman he can only strive to increase economic efficiency, but there are no plans of layoffs.

Sales revenue in SOGO CWB fell by 4.8% year-on-year, and overall traffic footfall decreased by 3.7%. The stay-and-buy ratio fell by 0.4 percentage points year-on-year to 34.3%. Sales revenue of SOGO TST increased by 9.5% and sales also rose by 14.3%.