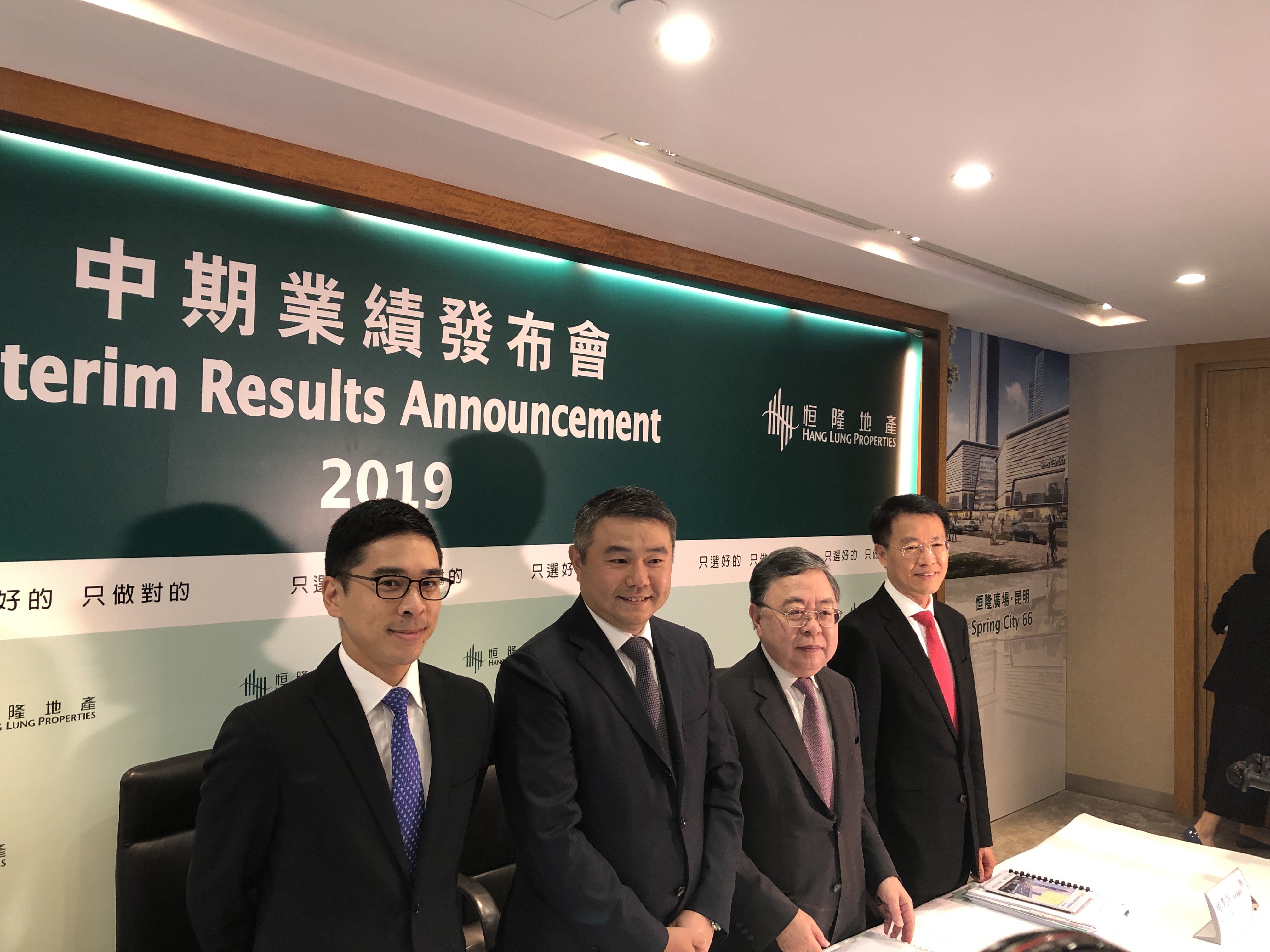 As social events continue to unfold, Weber Lo, Chief Executive Officer of Hang Lung Properties (101), which operates a number of shopping malls in the city expressed his concern of how social incidents have made Hong Kong people uneasy, and hoped peace to be restored as soon as possible. He continued to refer to the fact that some tenants reflected that social events have a certain impact on their business, but the actual impact is still being estimated.

As for the impact on the company's rental income, Ronnie Chan, Chairman, expressed difficulty in predicting if the growth of 3% in the first half of the year could be maintained in the second half of the year. While tourism and other industries are undeniably affected, there are still sources of income as leases with merchants are still effective. He also pointed out that he is still confident in the prospects of business in Mainland China, and some property rentals are expected to exhibit double-digit growth in the next few years.

Lo pointed out that the company currently has two development projects in Hong Kong. The Amoy Industrial Estate project has successfully undergone complusory auction and is planned to be renovated into a residential property, completion expected in 2022-2023. Another project is the Electric Road commercial project, which is expected to be completed and sold in 2022. Land premiums have been settled for these projects, and construction costs are estimated to be more than HKD1 billion.