The Hong Kong Stock Exchange (388) last year held consultations on tightening the backdoor listing activities and continuous listing guidelines. After more than one year, it finally decided to tighten the backdoor listing regulations. The period for not injecting new assets or selling old assets will be extended to 36 months, resulting in increased difficulty of raising the 'shells'. In fact, before the start of the consultation last year, the number of IPOs on the GEM have greatly reduced. However, in the Main Board, there were still a lot of companies which raised less than HKD 100 million of funds, in which some of them have won buyers.

In 2016, the HKEX clearly listed the seven characteristics of 'shell stocks', including low market capitalization, barely meeting the listing requirements, the amount of capital raised not proportional to the listing expenses, trading as the only business operation, highly concentrated customers, most assets being current, superficial division of business with the parent company, and almost no capital at the stage before the listing application.

The cost of listing expenses, such as accountants and lawyers, often amounts to a few thousands million Hong Kong dollars. In other words, if the amount of capital raised is less than HKD100 million, the company actually does not have much capital left. According to Moebius Asia's research, there were 27 IPOs on the Main Board launched last year which raised less than HKD 100 million of funds. The market cap of one of these listed companies counted less than HKD 100 million, while HKE (1762) announced that the controlling shareholder will be changed.

Having these characteristics does not mean that the company is to be sold, as there still has some other‘signals’ that show the company's willingness, such as whether the company has issued a profit warning, recent personnel appointment, major shareholdings, and cash flow etc.

According to our research, for companies listed in 2018 on the Main Board, 10 of those are of market cap of less than HKD 200 million, accounting for 37% of the number of companies concerned. In the previous year, there were also 5 companies (18%) which turned to loss from a profit last year. 14 (51%) of them showed significant drop in profit last year; 6 (22%) of which fell more than 50%.

That a company does not apply for listing by itself but instead opts for backdoor listing via a shell company has to do with the fact that the company's businesses may not get through the review of the Listing Committee easily, crafting a marketplace for "shells". As a result, even before the amendment took effect, the market shell price had fallen from HKD700 million to the current level of HKD 300-400 million, though still an attractive sum for SMEs with an annual profit of only HKD 20 to 30 million.

In recent years, the Hong Kong Stock Exchange has also actively tackled related activities, which has caused backdoor listing on the GEM to become almost extinct. To further repair the loopholes, the HKEX has published a summary at the end of last month after a consultation last year, stipulating that the company should not inject new asset after the change of control. The period for injecting assets or the sale of old assets will increase from the original 24 months to 36 months. The new regulations will take effect on October 1 this year, but there will be a 12-month transition period. 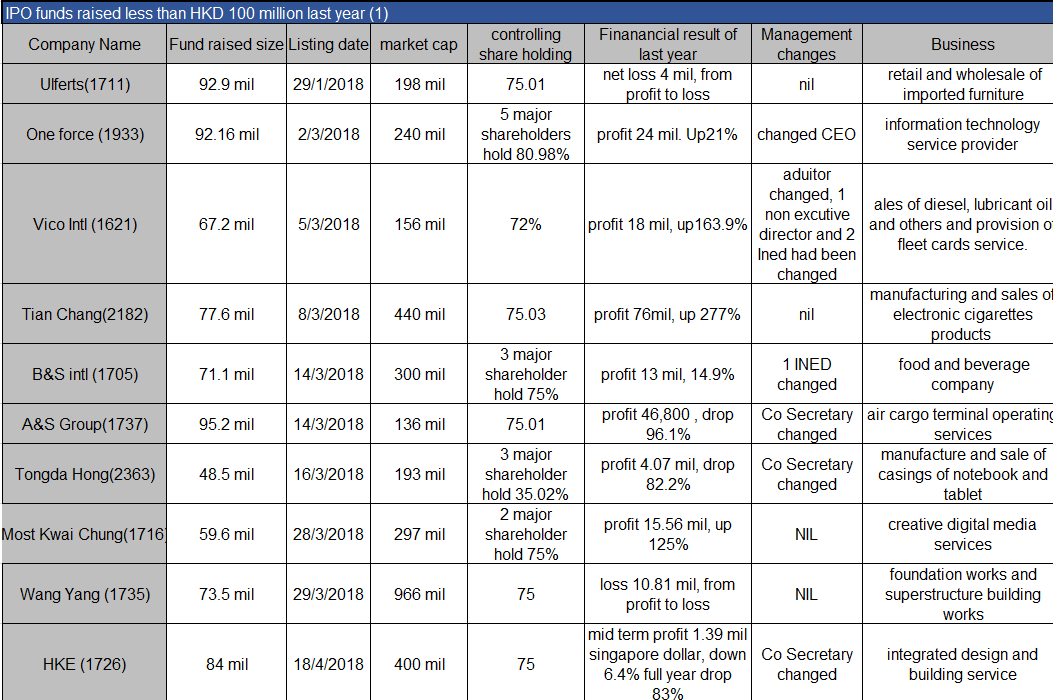 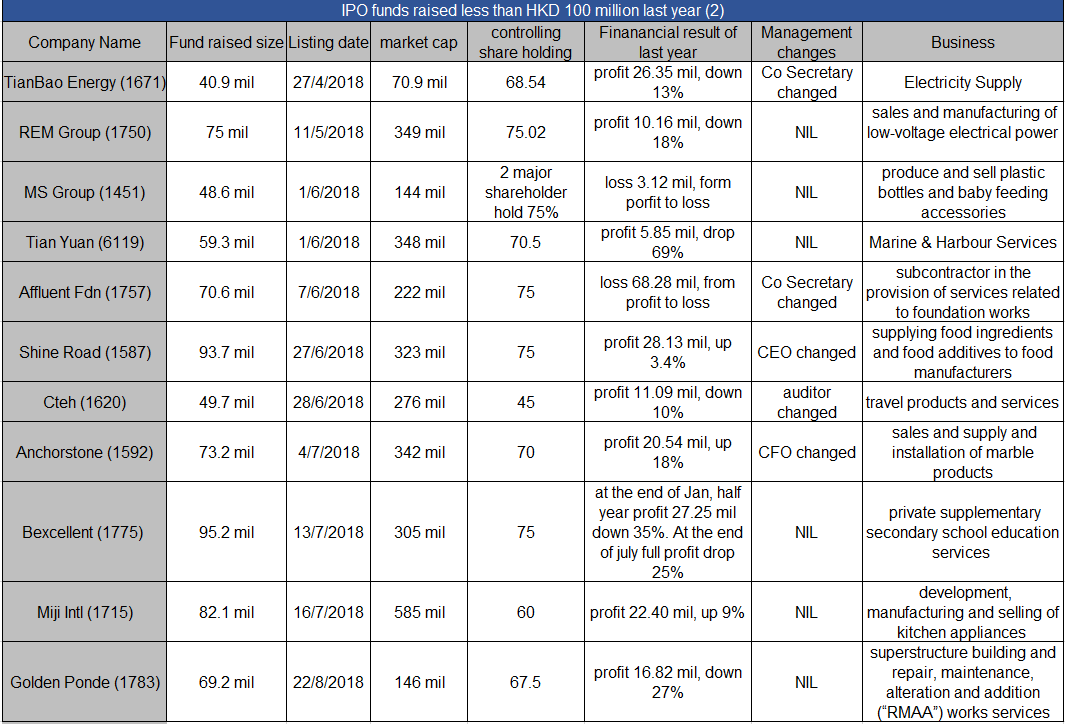