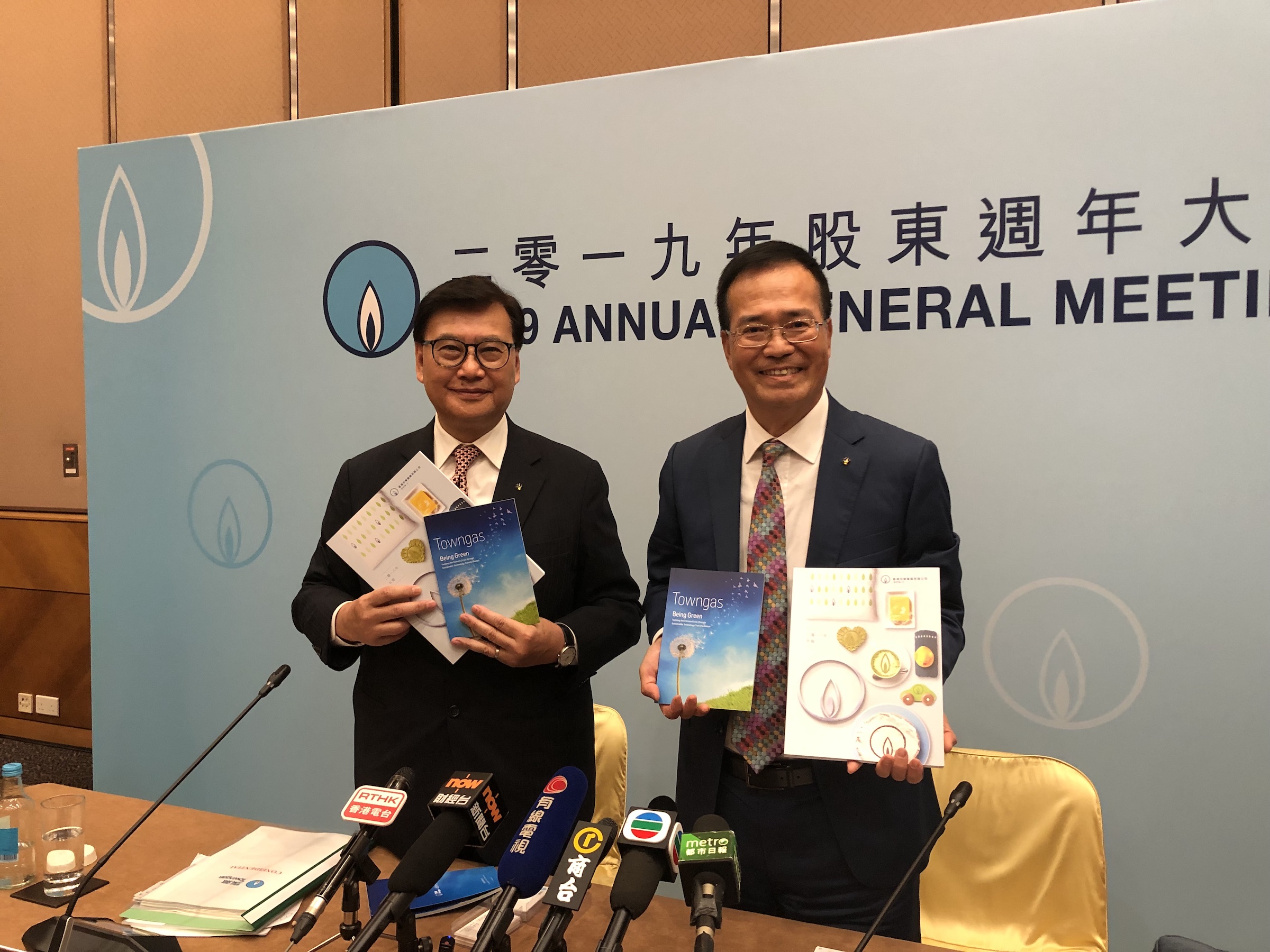 With the expansion of 450,000 home units in the following decade, HK & China Gas (3) will invest HK$7 billion on infrastructure over the next five years, according to Alfred Chan, Managing Director of the utilities company, after the shareholder meeting. The investment amounts to a 20% increase.

As to whether the company will increase its fares in the future, Peter Wong, Chief Operating Officer of Utilities Business, said that the company was discussing the possibility of fare increase with the government. He also acknowledged that there was pressure for such increase. Though wages and rents have risen in the past two years leading to the increase in operational costs, the company has introduced lower-cost natural gas from Australia, relieving pricing pressure to some extent. He estimated the scale of increased prices to be mild.

According to Chan, LNG usage currently amounted to 8% of primary energy in China, a figure lower than the average 20% in developed countries. The company plans to invest in 30 distributed energy projects in China over the next three years, with a target of increasing 3 billion cubic meters of LNG sales every year. The investment amount of each project ranges from HK$80 to 100 million, with expected return rate of 10-12%.

Responding to media reports concerning PetroChina's (857) plans to raise natural gas prices in the off-season, Wong said that many provinces and cities have implemented gas price rise, with a scale of more than 10%, mainly for industrial and commercial users. He believes that the gross profit margin of the entire industry will decline, and the decline is expected to be in the single-digit. However, the company's sales volume increased in the first quarter of this year, and is expected to increase by 15-20% for the entire year.

After Lee Shau Kee retired as chairman at the general meeting and his two sons Lee Ka Shing and Lee Ka Kit will jointly serve as joint chairmen, Chan said that although the two were non-executive directors in the past, they had participated in major investments. The two will be more involved in corporate affairs, which the company is very welcome. As for the division of labour for the two new chairmen, he said that Lee Ka Kit would be mainly responsible for Chinese business, while Lee Ka Shing for Hong Kong business.