Father will enjoy his family life after retirement, says Lee Ka Shing, in response to the arrangement after the retirement of Lee Shau Kee 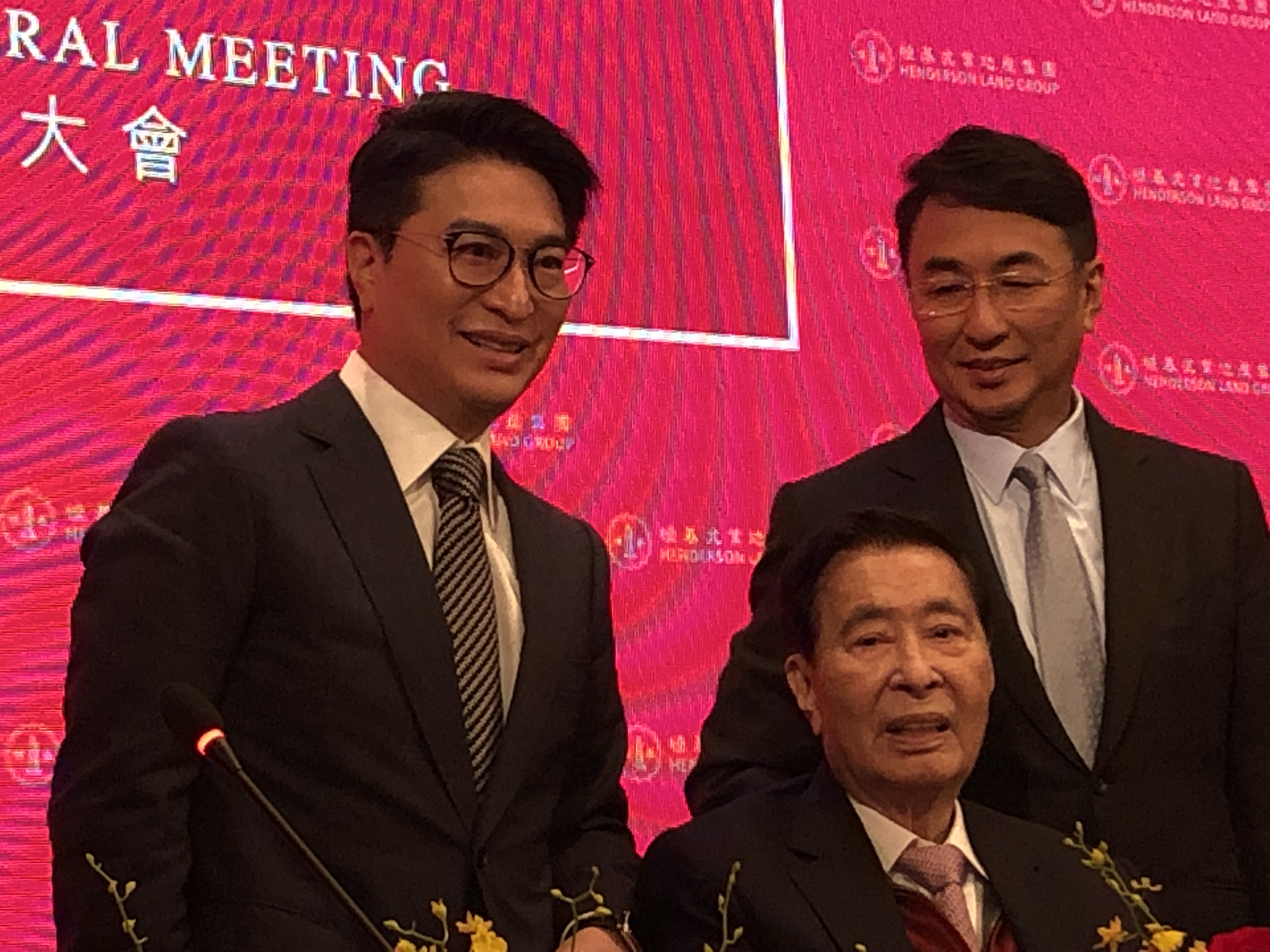 Lee Shau Kee attended Herderson Land’s shareholders meeting for the last time today. However, he neither answered any of the reporters' questions nor presented a formal speech. The reporters' questions were mainly tackled by his two sons Lee Ka Shing and Lee Ka Kit, who will take over as new joint co-chairmen following the meeting.

Lee Ka Shing said that his father plans to spend more time with family and will help look after his grandson. Vice Chairman Lam Ko Yin said, Lee Shau Kee will still be Executive Director of the company, and will continue to take part in company affairs. If Lee Shau Kee plans to travel around or has any other activities after retirement, Lam said Lee Shau Kee still has two private jets, and believes they would not go to waste.

Lee Ka Shing believes that the Hong Kong property market is in high demand, since both mainland and overseas corporations like to come to Hong Kong for expansion, and is optimistic with office market since they are in short supply. For residential properties, he believes that a major demand coupled with low interest rates means the market should be stable and he sees no room for decline. As for advice to help young people who want to buy their own homes, Lee Ka Shing said he will devote a lot of effort to social projects, such as pre-fabricated houses.

When asked if Lee Shau Kee had given any tips for the handover, Lee Ka Kit said that his father has been teaching them for decades and has provided many tips, so there is not much to worry about in that regard. Lee Ka Shing also added that his father had taught him that doing business should follow the prinicples of “conquer the hard with tenderness” and to “throw out a minnow to catch a whale”.

Lee Ka Kit also added that the amendment of fugitive offenders ordinance is just to close the loophole and thus could not find a reason not to support it. In addition he personally does not think that there is any problem with the amendment.