Deloitte: Shanghai’s Science and Technology Board will not marginalize Hong Kong 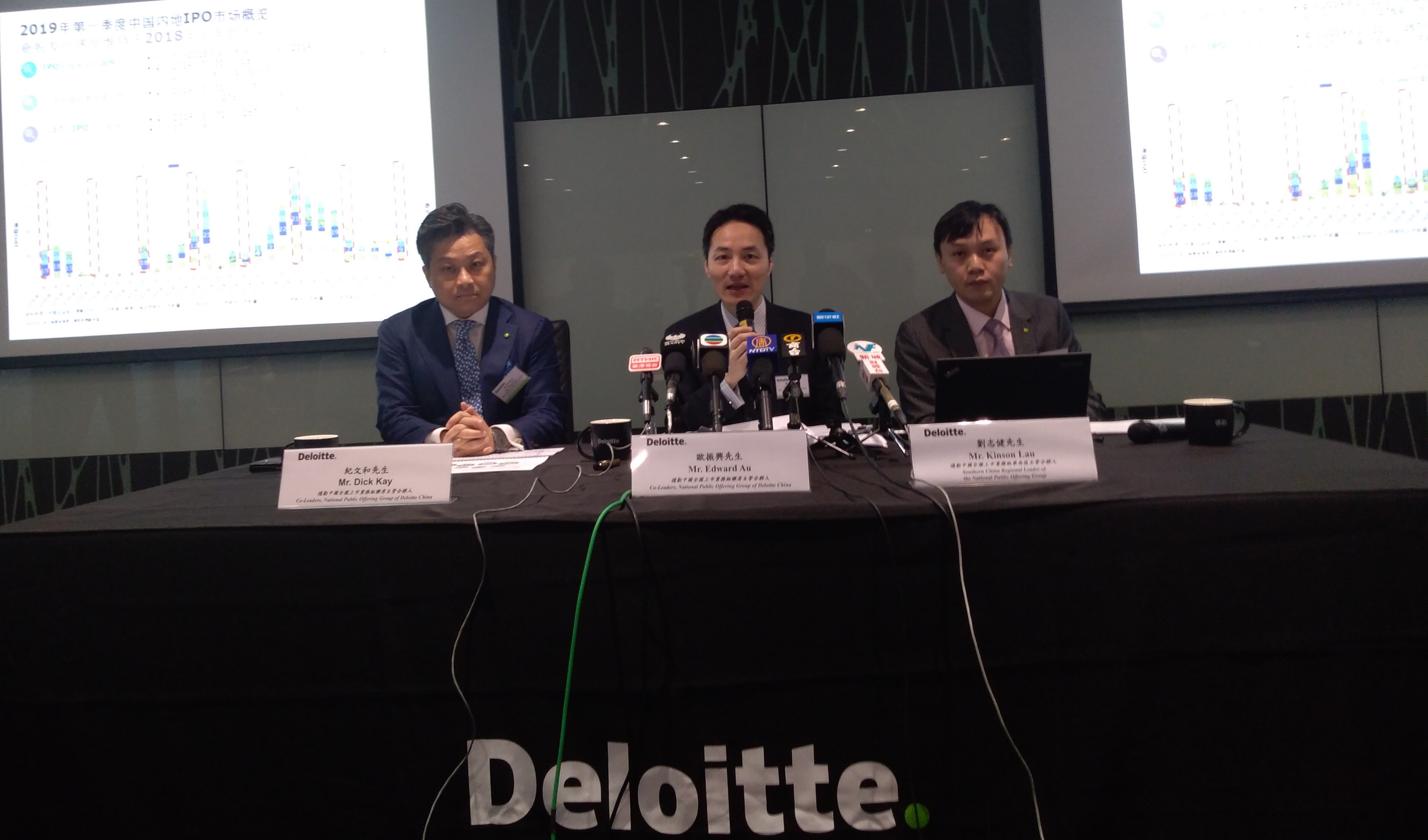 Deloitte’s reviewing and forecasting the IPO markets in mainland China and Hong Kong, the company pointed out that during the first quarter in 2019, there were a total of 37 new companies listed, raising HKD 20.4 billion, representing a 42% decrease in new listed companies compared with last year. He explained since the reform of the GEM board, only 5 new company listings were on the board, representing a decrease of 85% year-on-year.

When asked whether Hong Kong, as a financial centre, would be marginalized by Shanghai’s setting up of the Science and Technology Board, Edward Au, Co-leader, National Public Offering Group of Deloitte China commented that there is no sign of Hong Kong being marginalized. The reason is there is a lot of intercommunications between Hong Kong and mainland China. The capital market in the mainland will continue to achieve stable development and will wish to embrace international investors, and Hong Kong, which is planning to become the district’s financing centre, has always claimed to be a metropolitan. Hong Kong only needs to differentiate itself from mainland China in what it can do.