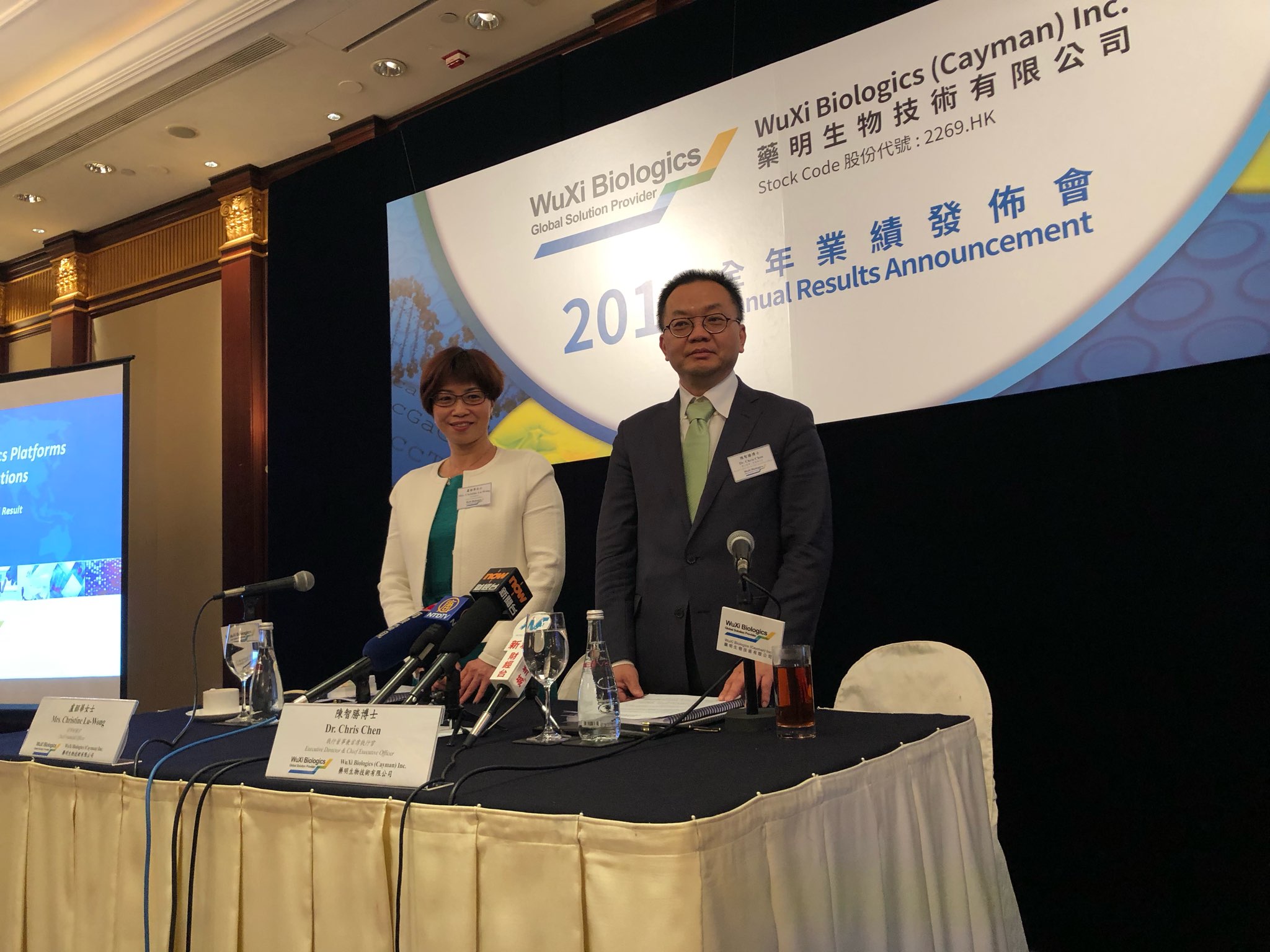 Chris Chen, CEO of WuXi Biologics (2269) said that the European and American markets are large, and the company will continue to increase investment. In the future, the company will mainly build factories in Ireland and the United States. As for the Chinese market, although the market is small, but due to the industry's initial start, it is expected that there will be many opportunities in the next 10 years, and its plans to increase investment and production capacity in the Chinese market.

For the mainland to set up a science and technology board, he said that there is no plan to return to mainland for listing.

He also believes that although many companies were affected by the national centralized procurement policy last year, the company’s drug platform was not affected by the relevant policies. At the same time, the medical reform policy has also promoted the innovation and transformation of generic pharmaceutical companies, which is expected to benefit the company's business.